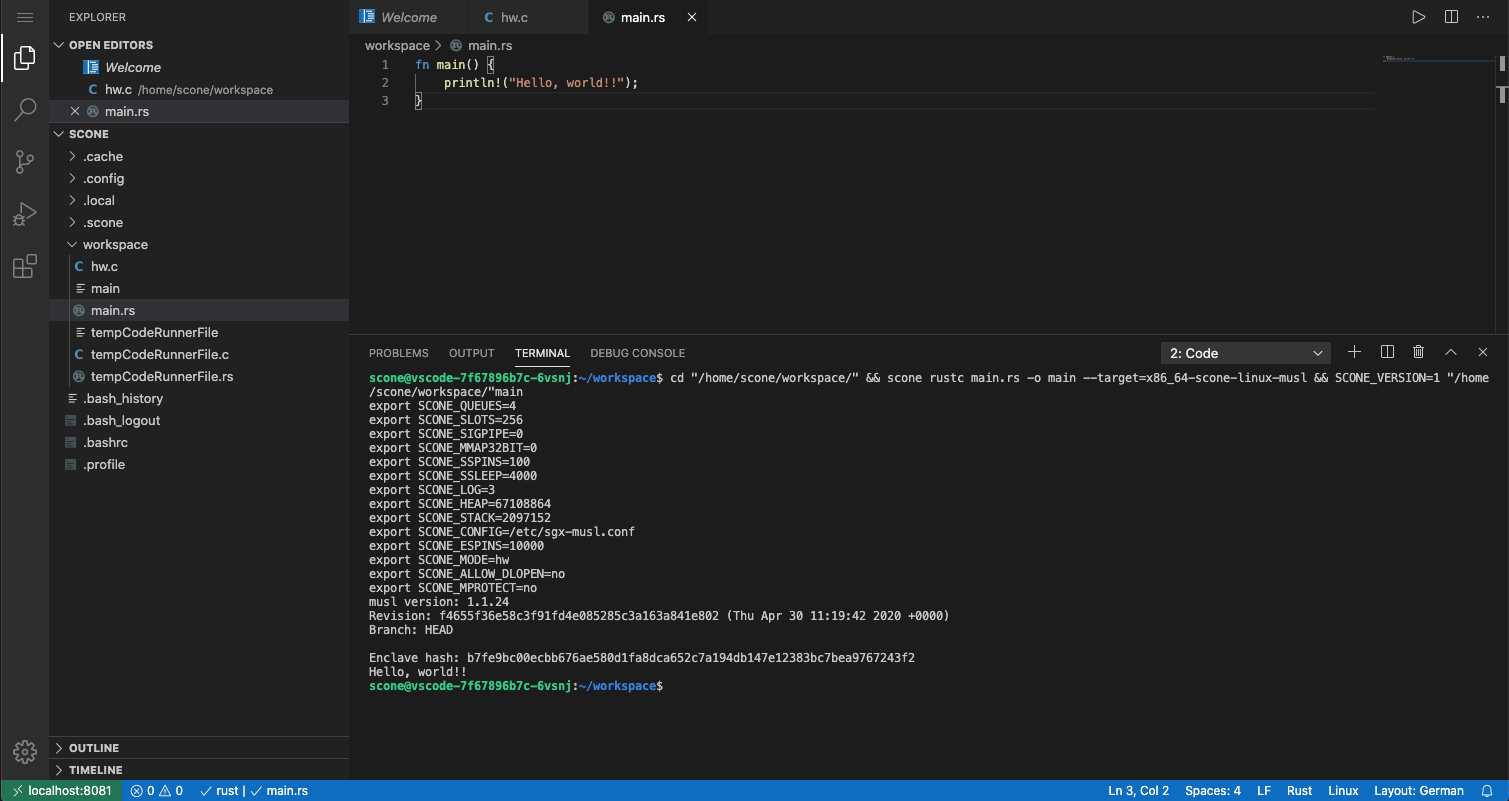 The Visual Studio instance can now be viewed at:

If you need support for another programming languages, send us an email.

By default, path /home/scone/workspace is mapped to a persistent volume. The files are not encrypted, e.g., the files are accessible admins of the host on which the container is executing. This chart uses the SCONE SGX Plugin to ensure that binaries generated with the help of vscode can run inside of enclaves. Note that vscode itself is executing in native mode.

Note that git is included in the Visual Code image. We recommend the usage of git to ensure the durability of your code.