Blender is an open-source software 3D creation suite that in particular, supports rendering. We show how to render images with the help of blender on a remote, untrusted host.

In this use case, we show how to execute blender using simple ssh to run blender remotely: we encrypt the input file(s), ship the input files to the remote host, execute blender inside an enclave, and ship the results back to the local host. This Blender image also runs as a trusted DApp for the iExec platform.

Assuming the Python scripts are located in the INPUTS directory, we can compute the output image on host faye as follows:

The output of this script is stored in file simple_sphere.png directory OUTPUTS. Opening this file - which was computed inside an enclave with all inputs, outputs, the scripts, and the processing being always encrypted, results in the following output.

For some more examples, scroll down.

Blender is a relative large binary that is almost 60MB large. It has multiple extensions / addons implemented in Python. These extensions are dynamically loaded when they are needed. The source files of these extensions are located at different places in the filesystem:

As we show below, a user can add more Python extensions that help to render images and animations. These python extensions might contain intellectual properties of the user. The confidentiality as well as the integrity of these extensions mus be protected.

We split the file system of the blender image in the following file regions:

We should be explicit about the different roles in the context of the blender use case:

Based on these different roles, we need to manage the keys when executing the blender image. The key and tag of the blender image must be controlled by the image creator. In particular, neither a user nor an attacker must be able to get access to this key. Otherwise, this entity might be able to modify the image - which we would actually detect with the help of the tag. However, in case of protected images to protect the intellectual property of the image creator, this entity could read the content of the filesystem.

The key and tag of the protected volumes of a user must only be visible by the user itself. Note, however, that all keys and tags must be accessible by the SCONE runtime of the blender image itself. In other words, the blender image must be able to get acceas to the keys while we need to prevent the user as well as the image creator to see all keys.

The SCONE CAS (Configuration and Attestation System) can manage the keys in such a way that an image can gain access to the keys of multiple entities. The main mechanism to support this is the opaque export and import of keys. The creator of the blender image can export the key of root filesystem but can restrict the export to blender that is identified by a MrEnclave as well as tag of the file system.

A session is a security policy that defines secrets and who can access these secrets. The session of the image will define the key and tag and also defines if and what other sessions can access this information. In this case, we export to blender services. CAS ensures that only blender images that have the expected image tag (i.e., fspf_tag) and enclaves with the expected MrEnclave (i.e., mrenclaves) can access the key (i.e., fspf_key).

The session will also determine the arguments of blender. In this case, the base image defines that an python program /encryptedInputs/application.py is executed. The python program itself is defined in a volume that is provided by the user, i.e., it is not under the control of the image creator.

In this case, the volumes themselves are defined by the user. To simplify this process of defining the session, creating encrypted volumes and pushing these to the site at which the image is executed, we provide a simple CLI (Command Line Interface).

When a user executes blender, this blender container will be started in the context of a CAS session. The session defines the actually keys and tags of the volumes that are mapped into the blender container. The actually session is derived by the CLI from a session template that looks like this:

Most users, they probably do not want to learn about sessions and the details how to protect their intellectual property. They expect instead that

To remotely start a container with the help of ssh, we need to give the CLI container access via command add-host. After giving ssh access, we can start the blend applications. To do so, we can give it

Let us show an example with an encrypted Python program that is executed on the remote site along with blender to render an image. We take an example from github by Nikolai Janakiev: This Python program is unmodified an will be shipped and run in an encrypted fashion on the remote host that executes the blender image. While this is probably not necessary for open source code to protect its confidentiality, it is important to protect its integrity: if an attacker could change the code, it could get access to all data of the image and could modify the results. In general, we want to protect both the integrity as well as the confidentiality of the Python code.

We have to copy this scripts - together with some the utils module - in folder INPUTS. This folder will be encrypted and pushed to remote host which is given by argument --host ALIAS. We can execute this Python script on host faye as shown above.

We rendered a few more examples by Nikolai Janakiev in an always encrypted fashion: 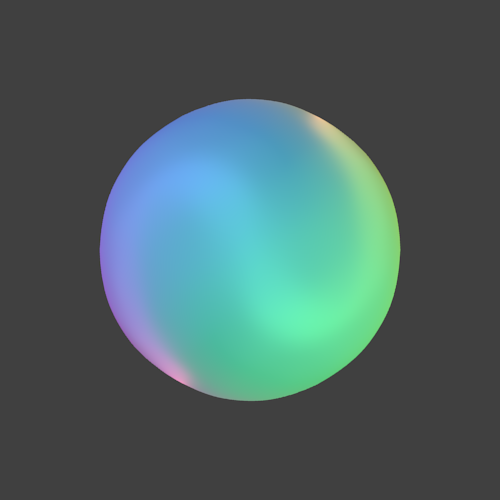 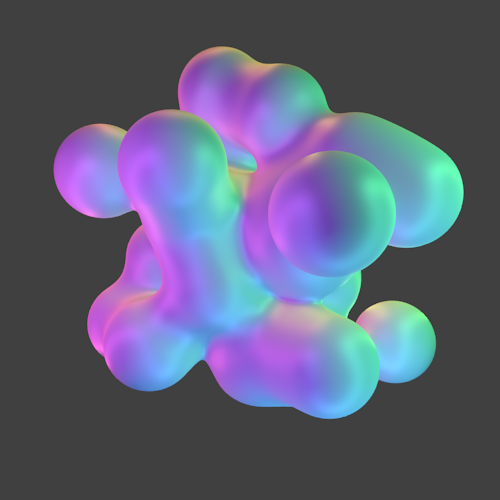 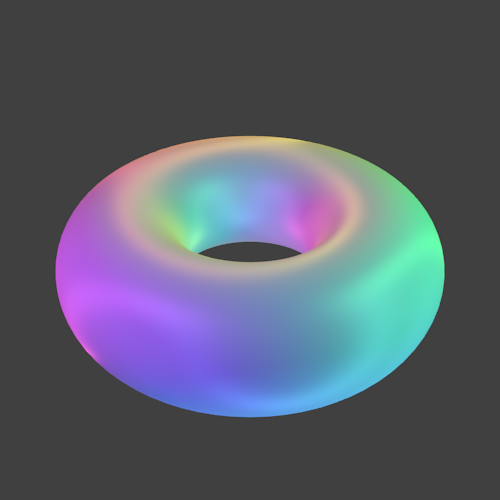