With the help of a simple wordcount Python program, we show how to execute encrypted Python code inside of an SGX enclave. In this example, we also show how to encrypt an input file. The Python engine itself also runs inside the same enclave. 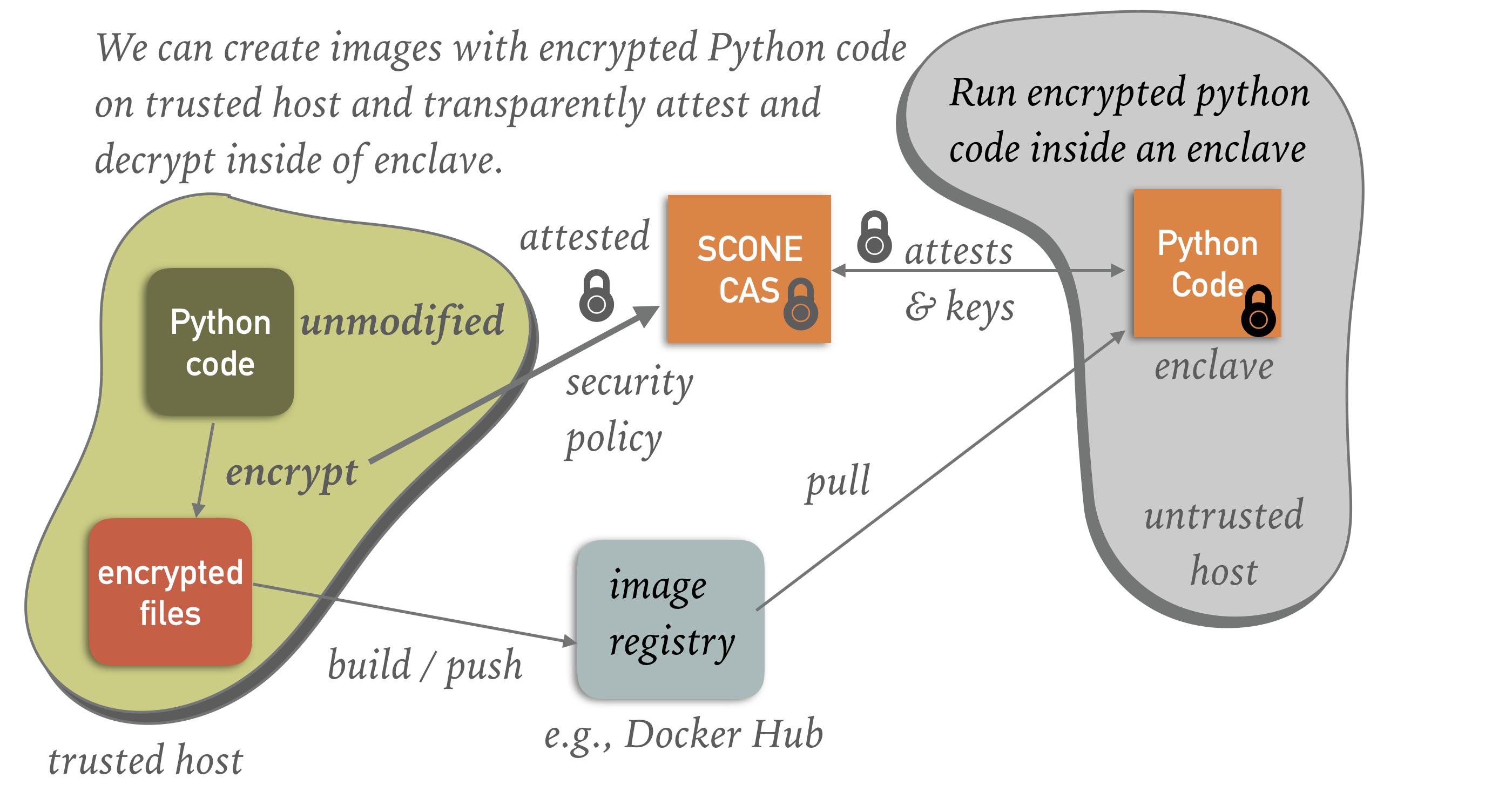 This demo uses private docker and github repos. To get access to these repos, please send us an email.

After you gotten access to the repos, you can get the code via:

and then enter directory EncryptedWordCount

The Python source code and the input file is stored in directory native-files/. The wordcount.py code is just some very simple Python code to count the frequency of words in a given file:

The repository includes a script create_image.sh that

Perform all of the above steps by executing the following shell script:

This creates an image encryptedwordcount stored in the local registry and a session in a SCONE Configuration and Attestation Service (CAS) running on a remote site.

and then start the wordcount.py with docker-compose:

You will see quite some log output ending with

Stop the compose file with control-C.

before starting it with docker-compose up again.